The Standard Purple Stripe group is believed to have evolved in Kazakhstan in Central Europe and be the original garlic from which all other garlics evolved from as it adapted to new countries and climatic regions throughout the world.

A strongly bolting garlic, requiring long cold winters and warm summers with cool nights.  To the novice it’s early growth can be confusing as it usually produces only two coiled flat leaves before winter dormancy. However when Spring begins (16 degree C days), it is capable of growing up to 3 centimetres per day. 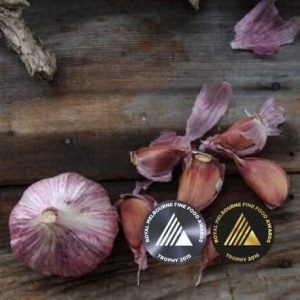 AWARD
Add to Wishlist
Quick View
Out of stock 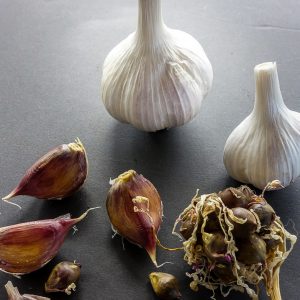 NEW BREED
Add to Wishlist
Quick View
Out of stock